The Hana Fuda Cards are an ancient deck of cards forged to locate the Oni Masks and their respective ingredients to remove them from the faces of whoever wears them. They can only be used once per mask.

For centuries, the cards were kept in a holy shrine in the Japanese city of Matsue, but the shrine was later built over by an automotive factory, although the owner of the company decided to borrow their logo from the kanji for Hana Fuda. The Chans soon acquired the cards and used them to locate the remaining Oni Masks. When all the masks were found, Jade presumed they didn't need the cards anymore and put them in her bag. But when the Oni were released and they ended up imprisoned in Section 13, Jade carelessly threw the cards away, revealing the location of a tenth mask that is meant for Tarakudo. 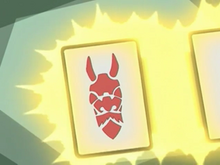 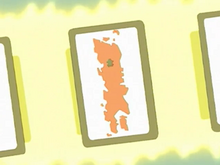 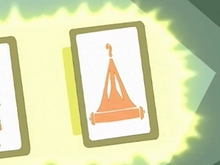 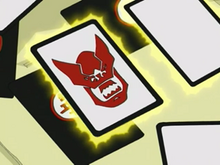 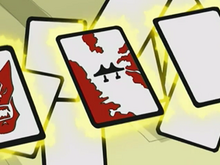 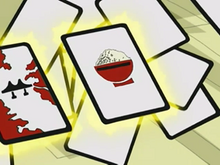 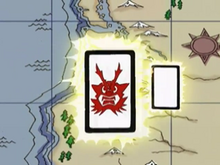 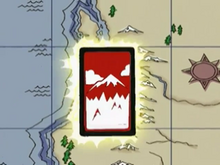 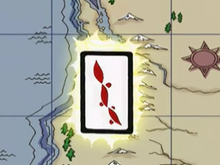 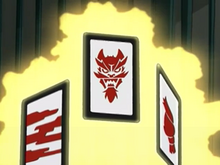 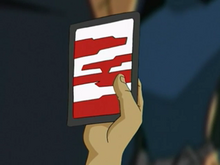 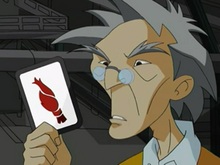